With the change in time comes a change in brand marketing. Advancement in technology has led people to express their feelings more effectively. When talking about technology, Artificial Intelligence plays the top most important role in curating the marketing industry. It has become so pervasive that every marketer is trying to use AI to market their product.

One such thing which is in high demand nowadays is Deepfake technology.

What is Deepfake technology?

Deepfake is the technology used to make a naturalistic digital avatar of any human being.

Deepfakes are one of the most unique and interesting tools for marketing. The marketer with the help of deepfake can create brand awareness and convey their message in a more easy way to the public.

Deepfake Technology uses a deep learning algorithm which is machine learning that lets computers carry out the task without being specifically programmed.

Deepfakes are widely used in video creation and filming, by production Houses.

To understand this in a better way, here are examples.

Deepfakes use AI and machine learning to scan and analyze the given picture or video so that it can edit the given input according to the need.

Deepfake technology is gaining a lot of popularity nowadays.

Most of the big corporate houses have used this technology to create awareness about their products to the people. it has become the essence of marketing to make them more attractive and eye-catching.

let’s discuss some of the most famous deepfake marketing campaigns

The world-famous beverage maker Pepsi in its latest campaign used ultra-hi-tech Deepfake, the first time in Indian maketing history by swapping Salman’s face in the ad.

The short ad film included the dual role of Salman khan, one was Prem, one of the most famous characters from 90’s Bollywood with the current Salman.

The ad mainly focused on the Bollywood films back then, starting in a villa where Salman appears from the future to meet prem. The conversation started with one of the most dialogue, “swagat nahi karoge humara?” by Salman to the prem.

Full of curiosity prem asks him about his future, mainly about his physique, fans, and marriage in a sarcastic way which makes the ad film more funnier and entertaining. The ad film concluded with the message of consistency in fizz and refreshment.

the category head of PepsoCo India, Saumya Rathor, said Pepsi has always focused on making entertaining ad campaigns for its customers by maintaining the SWAG narrative by bringing two Salman in the film.

When most of the companies were busy maintaining their finances during lockdown, Cadbury was engaged in making the most out of AI and Deepfake technology. This ad film was mainly focused on small struggling businesses. The ad, “not just a cadbury ad” where the main ficus was to give recognition to these small businesses.

The technology used in making the ad film helped in creating a digital avatar of a natural person which helps the creators to make professional human videos.

Rephrase.ai, the one who was involved in managing this ad campaign made four different avatar of Shah Rukh Khan in four different categories of stores which were Fashion, Footwear, Electronic, and Kirana.

This ad campaign was a bit special all because it let the small vendors to make SRK work for them, all this possible with the help of deepfake and AI. The company has launched a microsite where the vendors has to enter their details after which a personalized video will be created promoting their shop throug SRK.

The co-founder of Rephrase.ai appreciated the AI generative tool and Deepfake technology which converted the impossible into reality. This ad campaign was a huge success and gained a lot of popularity due to the use of AI and deepfake voice cloning and lip synchronization was used by the company.

The viewers on youtube recently got a new ad film from the food delivery giant, Zomato. The starred Bollywood actor Hritik Roshan ordered food to counter his cravings.

But what’s different about this ad was that the order details, such as dish, restaurant, and the city changed with changes in viewers’ location. The company makes use of AI personality and Deepfake technology to curate this unique ad campaign.

The ad film stats with Hritik being in a truck with the other comembers heading towards a mission, then suddenly Zomato delivery arrives where Hritik mentions some of the local dishes and restaurants.

One of the best things about this campaign was that it boosted the local small restaurants by using Ai and deepfakes. The company changed the face and body of the actor using the deepfake technology and speaking and facial expression were altered with the help of AI. With all these technologies Zomato was able to create a successful ad campaign using deepfakes and AI, just like cadbury in its Cadbury Shah Rukh Khan ad.

Deepfake and its advantages

When discussing this long what Deepfake is and how it works, it can be clear that it is one of the best tools to be used in a marketing campaign. Deepfakes create tons of opportunities for businesses to expand their strategies and express themselves in a better way to their customers. here are some of the benefits of using Deepfake in your marketing campaign.

One of the most important thing while making an ad campaign is to make it eye-catching and appealing. This is where Deepfakes and AI can help you in curating the most interesting, meaningful, and entertaining ad campaigns just like Zomato and Cadbury.

While making use of AI and deepfakes, marketers can save a  lot. Rather than appointing the actors, they can simply use deepfakes by buying the actor’s identity, insert its face and body shape, work with vocals, and creating a new ad video.

The marketer can use the same AI and deepfake-generated content for numerous ad campaigns. One of the biggest advantages here is there is no need for in-person actors to be presented.

With the help of Ai and Deepfakes, the marketer can provide different messages to different viewers according to their preferences, location, etc. Just like in the case of Zomato where the ads were altered with the viewers’ location, and incase of Cadbury where the local vendors can fill up their information to create their own personalized ad.

If you are a marketer and want to use deepfakes in your marketing and ad campaign, then no worries The Indian Deepfaker is here to help you out. We are a synthetic media company specializing in making hyper-realistic videos generated through Artificial Intelligence.

There are a ton of services we provide to our clients in the field of education, entertainment, production houses, creators and celebrities, mimicry artist, and social media content. Apart from all these, the deepfake services include face or head swap, real-time deepfake, and lip synchronization.

More than that, if you’re a person who’s into technology and machine learning and want to learn how to create deep fakes then your search comes to an end here.

We at The Indian Deepfaker also provide deepfakes course. Some of them include hyper-real deepfakes creation, Lip synchronization, voice cloning, and much more.

So what’s the wait for, go, and check all the services out at the official site of The Indian Deepfaker.

Positive and Practical applications of Deepfakes.   No doubt, Deepfake is one of the remarkable wonders of technology of recent times. And for a startup like… 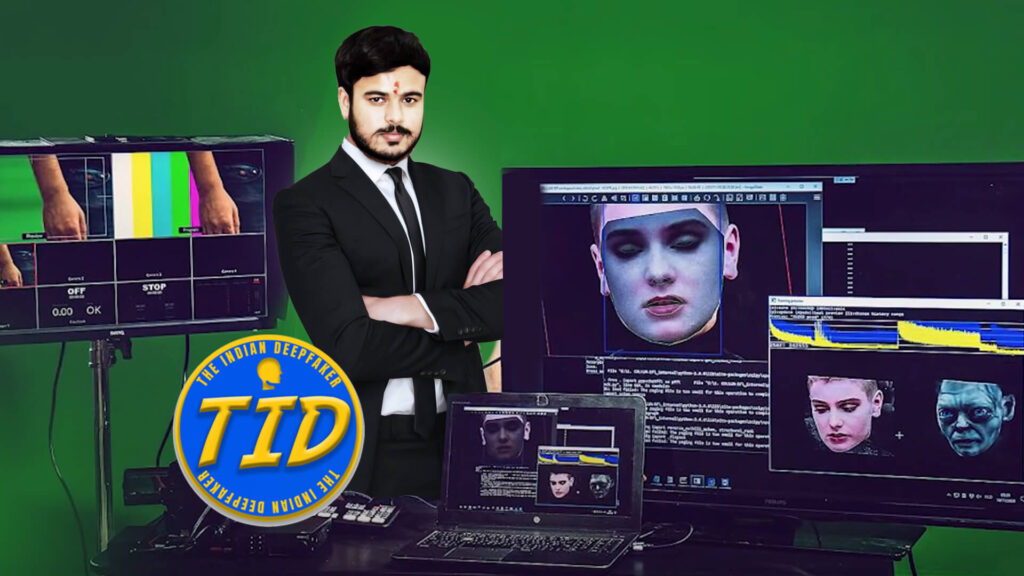